From Honkai Impact 3 Wiki
< Base
Jump to: navigation, search

In Honkai Impact 3rd, the Base refers to the entirety of the Battleship Hyperion of which players are the Captain. It is a flying mobile fortress designed to help develop the strengths of the Valkyries and house them until they are needed to be deployed on missions. The Base houses many facilities that can help strengthen Valkyries, allow for adventures to help gather materials and coins, or even allow Captains to make more friends. 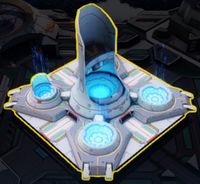 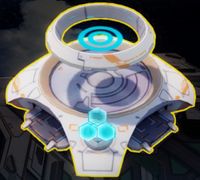 Notes: This structure used to grant more SP generation, but it was changed on the July 4th update 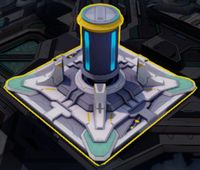 The Refinery collects and produces coins and materials over time. Collecting coins from the Refinery is often a necessary task in dailies and event missions. By upgrading the Refinery, Captains can add more slots for the Refinery to hold additional materials and allow for the gathering of higher rarity materials. Most of these materials, however, are obtained rather easily in other ways, so it is not recommended to upgrade the Refinery unless there are no there options to upgrade. At level 38, the Refinery will begin to have a chance to collect Advanced Evolution materials such as Tesla Turbines, Super Alloy Shields, and Phase Shifters. 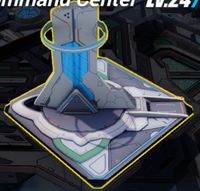 Starting at captain level 35, the Command Center allows Valkyries to be deployed on "Adventures". Deployment on Adventures does not preclude the use of valkyries elsewhere. Adventures rank from C to SSS. Higher level Adventures have rarer possible drops and higher corresponding drop rates. Higher level Adventures may be unlocked by leveling Command Center and activating the relevant Buff Modules. For example, level 22 Command Center allows for the activation of Buff Module "Unlock Adventure - Level 50 Difficulty S", which in turn unlocks S rank Adventures. S rank or higher Adventures may drop Advanced Evolution Materials (ie. Tesla Turbines, Super Alloy Shields, and Phase Shifters). However, at level 22, the drop rate per Adventure is relatively low.

Adventures have a refresh timer. When the refresh timer expires, all existing Adventures are replaced with new ones. Everyday, Adventures completed the previous day will also be replaced. An Adventure may require two or more valkyries, specific valkyries, or specific types of battlesuits. Some Adventures require stamina and those that do award a proportional amount of EXP. The length of time an Adventure takes is determined by its rank.

The Command Center allows Valkyries to be deployed on "Expeditions", which is an automatic way to grind story chapter stages that drops valkyrie fragments or rare materials. An Expedition always require 3 valkyries and there is a CP requirement for each valkyrie, determined by the difficulty level of the stage, starting at 700 CP. Expeditions and regular battle share the same allowance per stage per day as well as the same 'pity drop' counter. The total amount of stamina a captain can spend on Expedition is limited by the captain's level. The duration of Expedition is determined by the difficulty of the stage and starts at 1 hour.

Valkyries all have a building specifically designed to further enhance their abilities in battle. Each of these buildings can raise:

Each building has branches of modules that can only unlocked at level 17, 18, and 19 and when a certain battlesuit has reached certain levels.