Bronya Zaychik is one of many main characters in Honkai Impact 3rd. Born in the frozen North of Siberia, later joins Kiana and Mei for Valkyria training at St. Freya Academy. She is one of the strongest humanoids that attends St. Freya, but her cold exterior betrays little of her inner thoughts.

As the youngest of her classmates, Bronya has a short and slim stature with piercing silver eyes. She keeps her silver-gray hair tied up in signature double pigtails in a drill shape and includes a matching ribbon that coordinates with her battlesuits. Her main weapon is cannons (that function either as typical cannons and lasers) that are wielded by her robotic companion, Project Bunny 19C. As her legs are robotic, she has the ability to move around by floating. She is also able to walk normally, but rarely bothers to.

Due to an event in her past, Bronya rarely shows emotion except in the most dire of circumstances. However, she does have a fondness for sarcasm and pointing out Kiana's flaws, oftentimes referring to her as "baka Kiana" (lit. idiot Kiana). She also collects and displays HOMU merchandise, something she has in common with Principal Theresa.

Despite her lone wolf personality, Bronya does work well with the other girls, and is shown to protect Mei against Kiana's constant advances. Her cold personality and prowess with Project Bunny allows her to take a more back-line role in battle, where she can use her cool head to deploy support abilities or devastating long-range attacks. Before her injuries that lead to her robotic limbs, Bronya is shown to be skilled at hand-to-hand and improvisational combat, and is a supremely skilled sniper. While she is still the main sniper of the Valkyries, she rarely has a need for physical combat and simply uses Project Bunny to occasionally knock back enemies.

Bronya Zaychik was born in Siberia, shortly before the second Honkai incident. The honkai attack in 2000 caused Siberia and surrounding regions to fall into disorder and many children were placed into the Army, where they were trained to become cold-blooded killers. Bronya was one such orphan, and became a skilled sniper earning the nickname, Ural Silver Wolf. Bronya was sent to Russia to assassinate a high priority target, Kukuria (sometimes spelled Kakaria). Bronya failed, and was instead captured by her target, who brought her to her own orphanage. There, Kukuria became Bronya's Mother. Unknown to Bronya and the other children, the orphanage was part of Anti-Entropy and they were injected with the Honkai virus for Experiment X-10. The experiment allowed human cells and the Honkai virus to coexist within the human body and was a way to ensure humanity's survival. If successful, the test subjects would be able to control matter on a subatomic or quantum level, but failure would result in the subject's death. Bronya is registered as the 8th candidate, with the previous 7 ending in failure.

At the orphanage, Bronya befriends Seele Vollerei, a younger girl who sees Bronya as a big sister. The two of them become close friends and share a room. Two years after joining the orphanage, Seele is kidnapped to be sold for her special abilities. Bronya storms the kidnappers' hideout by herself, breaking the guard's neck with one of her stockings and then killing the men inside with only a knife for a weapon. However, Bronya's skill at killing and bloodied appearance frighten Seele, causing Bronya to promise never to hurt anyone again.

Years later, in 2013, a classmate named Sin Mal becomes jealous of Bronya and Seele's friendship, and pushes Bronya down the stairs injuring her legs. Bronya lies about her injury to Kukuria, saying she fell down the stairs by accident. Kukuria sees through Bronyas lie, however she simply reminds the young girl to make her goodbyes before the start of Experiment X-10. Afterwards, Seele tells Bronya what she had witnessed: the assault from Sin Mal. Bronya assures Seele that she will protect her while keeping her promise to never hurt anyone. After the kidnapping incident though, Seele experienced an awakening of another self. This other self convinces her to take revenge against Sin Mal on Bronya's behalf, and mentally tortures Sin Mal. Seele returns to her senses and discovers the page Sin Mal was holding, which reveals that Bronya is set to participate in Experiment X-10. Seele confronts Kukuria, revealing that she has a stigmata mark on her body, and asks to take Bronya's place in the experiment, fearing her friend's death.

The next day, Bronya awakens to find Seele and Kukuria missing. She searches for her friend while Seele proceeds with the experiment. Although the tests are briefly successful, Seele's body begins to break down on the molecular level. Seele's other self, a stigmata, appears to inform Seele that the power was to much for her to handle, but that she can visit Bronya one last time. Seele takes off towards the orphanage, pursued by Anti-Entropy's mechs, but just before reaching Bronya her body fully disintegrates and she disappears. Bronya finds a hairpin left behind by Seele and cries. Kukuria informs Bronya that Seele attempted the X-10 Experiment, but it resulted in failure and Seele is now trapped in a quantum state.

Bronya forces Kukuria to allow her to take part in the experiment too. Kukuria reluctantly agrees, but warns Bronya that it will only be attempted for 5 minutes, or else Bronya's injured legs will become infected by the Honkai energy and be destroyed, possibly killing her in the process. The experiment begins and Bronya meets Seele, having already decided that she would stay in the quantum state with Seele and never return to the real world. Seele convinces Bronya to go back and Bronya agrees, promising that she will search for a way to save Seele. As the Honkai infection grows within Bronya, Seele gifts her the power of "Rebuild" and kisses Bronya, sending her back to the real world. When she awakens, a giant robotic protector has appeared, later named Project Bunny 19C. However, Bronya loses many things from the results of the experiment, including the use of her legs and emotions. She is fitted with an exoskeleton to allow her to move, and driven by her promise to Seele, Bronya and Kukuria try many methods to save her friend. However, they all end in failure.

They finally pin their hopes on the power of a Herrscher to bring Seele back. This Herrscher, named Raiden Mei would be their last hope. Kukuria sends Bronya to Nagazora city to retrieve the awakened Mei, but instead, Kiana interferes, helping to seal away the Herrscher within Mei. Bronya sneaks aboard Himeko's battleship and later becomes a student at St. Freya Academy with her new friends, Mei and Kiana. 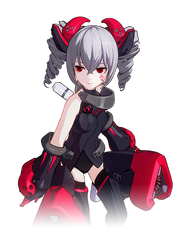 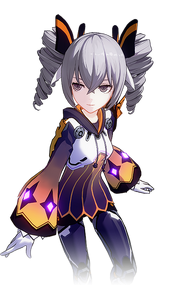 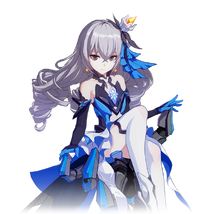 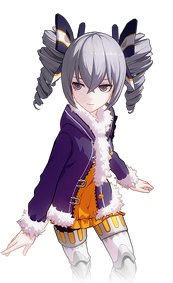 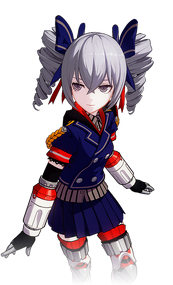 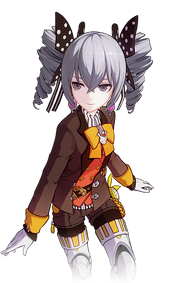 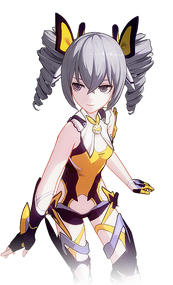 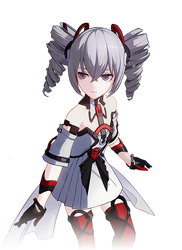 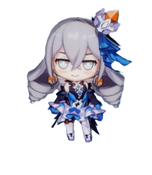