In everyday life, Valkyries are also sweet little girls yearning for love. Go on a sweet date with your Valkyries and create your special memories this Valentine's Day ♥~

Miss out on any part of the fun? Check out all of the scenes in this playlist! 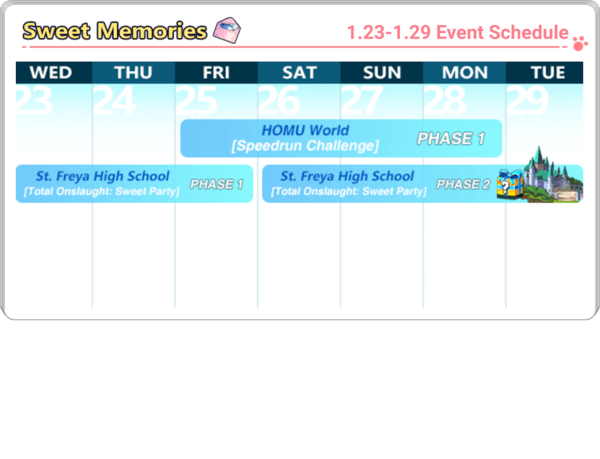 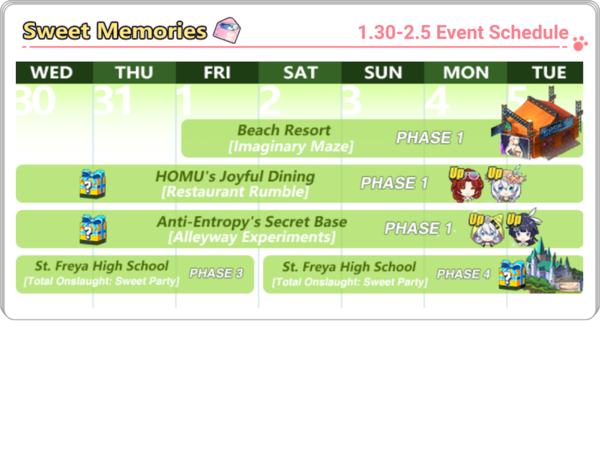 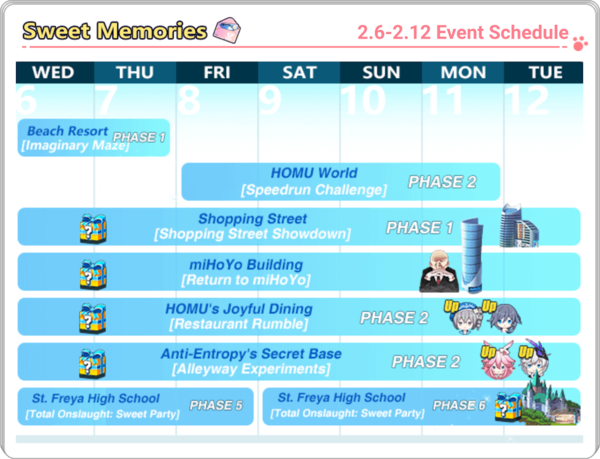 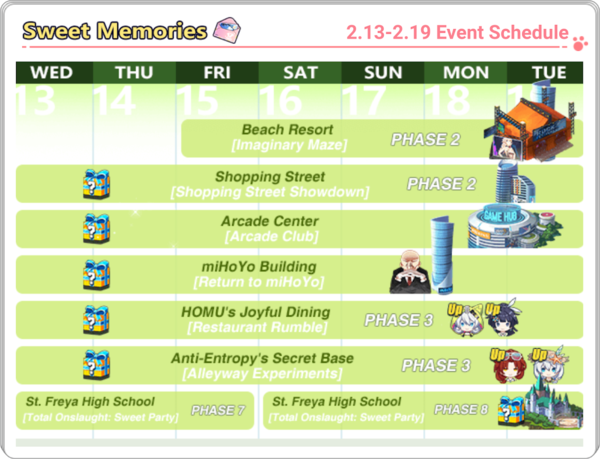 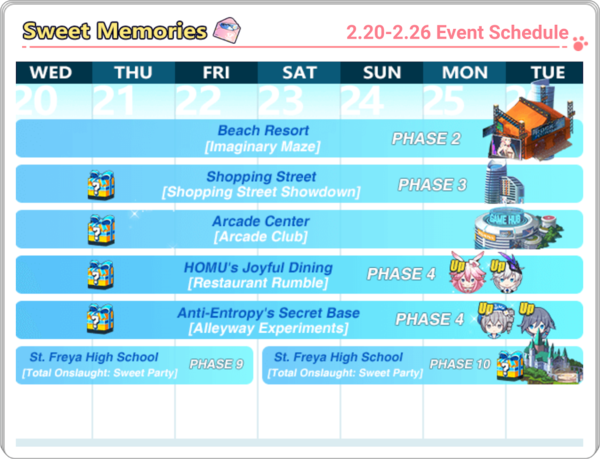 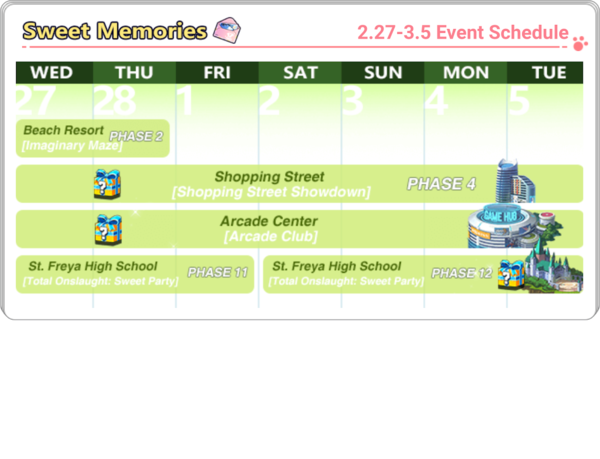 There are 3 types of stories in the Sweet Memories album: Main Story, Valkyrie's Story, and Dating Game.

In order to gain more gifts for the Valkyries, a number of stages and events will be available at different sites.

Even if it is vacation time, you wouldn't wanna miss some training, would ya!
Onslaught Squad

Feel like racing against HOMUs in the amusement park?
Speedrun Challenge is a combat simulation system that Ai-chan has prepared for the Captain. Build your lineup from randomly generated Valkyries and equip them with suitable weapons and stigmata.
Squad simulation outcomes will be compared with the results of other Captains. Make sure you read the following to maximize the joy-factor with other captains!
Randomized Lineup

The new chef of HOMU's Joyful Dining tried to come up with new recipies, and really? An Anti-Entropy Secret Base? We can't let them ruin the Valkyries' summer vacation!
Each area has different event stages to take on.

Beaches! Vacations! (*^▽^*) Whaaat? Where are we?
This is the same as the Imaginary Maze that has occasionally replaced Matrix Space, however with a beach themed look. Note: You will need to be a member of an armada to take part in this event.
Battle Limitations